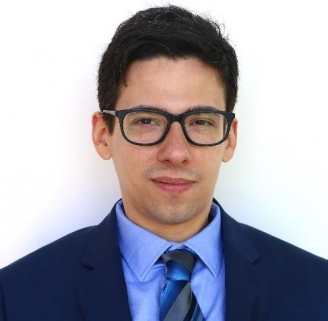 ABSTRACT: Our species is characterized by an immense diversity in neurological and psychological traits. Common and rare genetic variants have been linked to trait differences and disease risk in human populations, though the underlying biology is poorly understood and difficult to study at large scales. In this presentation, I will first describe a novel experimental platform that enables high-throughput investigations into the influence of human genetic variation on the earliest stages of brain development. This system, known as a “cell village” captures genetic, molecular, and phenotypic heterogeneity in a shared in vitro environment, thus facilitating the detection of relationships among human alleles, gene expression, and cellular behaviors. I will then describe how I used cell villages to identify a single nucleotide polymorphism in the IFITM3 gene that could explain over half of the variance in neural progenitor cell susceptibility to the Zika virus, which is a pathogen that causes severe neurodevelopmental disorders. I will conclude with a brief discussion on the future of the village approach and how I plan to deploy this technology to investigate the role of progenitor cell competition in neurodevelopment and disease.