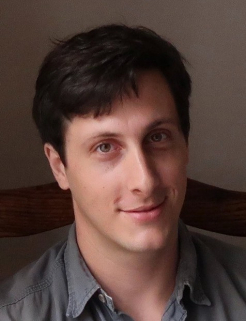 TITLE: “Ecological Stability Emerges at the Level of Strains in the Human Gut Microbiome.”

ABSTRACT: The human gut microbiome is a complex community that harbors substantial ecological diversity at the species level, as well as at the strain level within species. In healthy hosts, species abundance fluctuations in the microbiome community are thought to be stable, and these fluctuations can be described by macroecological laws. However, it is less clear how strain abundances change over time. An open question is whether individual strains behave like species themselves, exhibiting stability and following the macroecological relationships known to hold at the species level, or whether strains have different dynamics, perhaps due to the relatively close phylogenetic relatedness of co-colonizing lineages. In this study, we sought to characterize the typical strain-level dynamics of the healthy human gut microbiome on timescales ranging from days to years. We show that genetic diversity within almost all species is stationary, tending towards a long-term typical value within hosts over time scales of several years, despite fluctuations on shorter timescales. Moreover, the abundance fluctuations of strains can be sufficiently described by a stochastic logistic model (SLM) – a model used to describe abundance fluctuations among species around a fixed carrying capacity – in the vast majority of cases, suggesting that strains are dynamically stable. Lastly, we find that strain abundances follow the same macroecological laws known to hold at the species level. Together, our results suggest that macroecological properties of the human gut microbiome, including its stability, emerge at the level of strains.

W11: Metagenomics Analysis with Python and R
Scroll to top